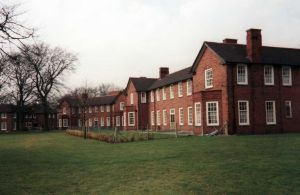 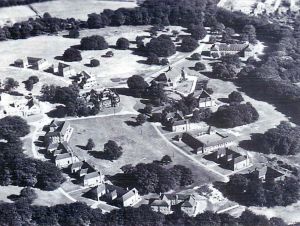 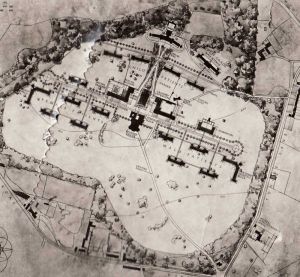 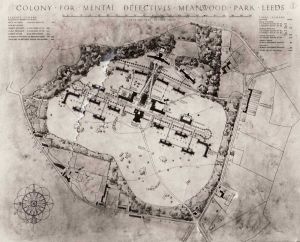 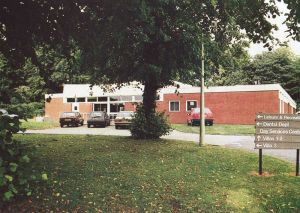 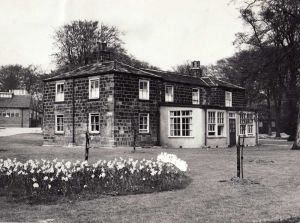 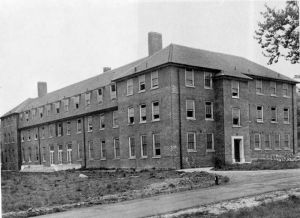 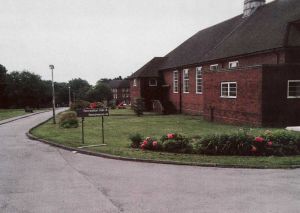 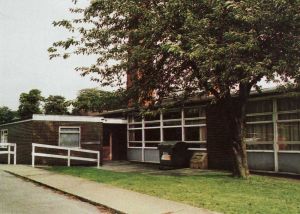 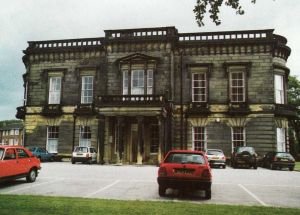 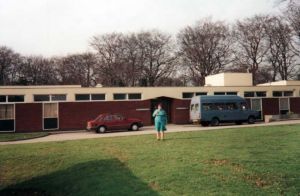 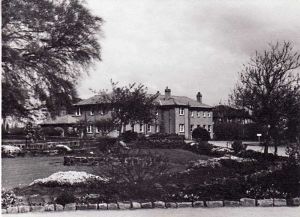 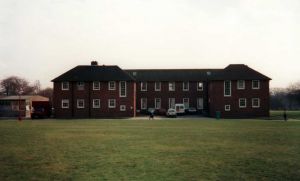 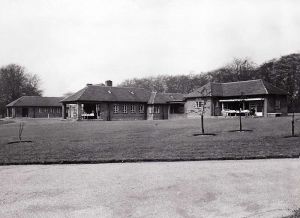 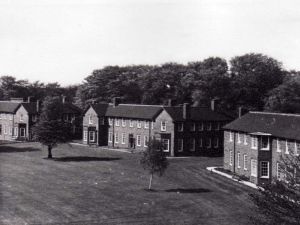 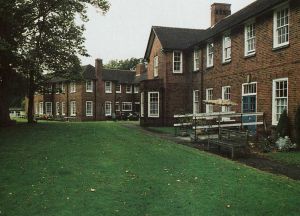 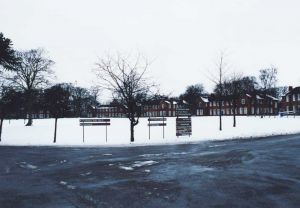 A look Around Meanwood Park

All domestic work was done by patients. In the men’s workshops furniture was repaired. Basket and leather work were done.

Male patients cultivated the land. Acres of potatoes, oats and vegetables were planted. Female patients performed domestic duties or worked in the laundry, nurses’ home or kitchen. Parties of patients, escorted by nurses, helped to lay out the grounds,making a concrete car park and building a two arched ‘folly’ recording ‘Victory 1945’.

The women patients who carried out the domestic work in the institution were known as “working girls” and they wore “uniform” like clothing.

“Int’ olden days I worked on a villa. Scrubbing on your hands and knees. I worked at night ’till & o’ clock at night. Bathing them and putting them to bed, them being short staffed. That’s how they think I got my bad leg from, when I used to do a lot of scrubbing every morning and every night. They didn’t have vacuums or things like that, like they have now. It were all kneeling, mucky, dirty side rooms to do.”

Unlike the men, none of the ex working girls remembered getting paid for the work they did.

“We didn’t get any money then. We’d not any money, we had to work for nothing. Work for nothing in them days. Then when it changed, you know the changeover, they started giving them money and he said ” you can buy some clothes now of your own.”
Male and female patients mixed only at dances and church services. A man was not allowed to dance more than twice with the same woman. A weekly cinema show was held.

“Patients were lined up outside their villas. Those that wanted to go were checked in number so that they knew when it was time for them to come back after the show, that the same number that went down were returned. ALL the male patients used to sit on one side of the hall and the female patients on the other side.”

Work pay/pocket money, visits to and from home, holidays and recreational activities were considered priviledges that had to be earned by “good conduct and work” as one man illustrates:

” Patients had to be careful how they behaved in their work and the villa or wherever they were cos there was strict staff in those days and any offence, they used to be up before one of the senior doctors. In the case of first offences, they were warned of the serious nature of the offence and what would happen if that or anything like it was repeated. Then they were placed infront of the doctor and they lost all the priviledges for a certain length of time. As far as priviledges were concerned used to be going to films and concerts and in hospital grounds, recreation hall and money included.”

More severe punishments (both official and unofficial) such as cold baths, scrubbing, carrying bags of sand, and beatings existed for those who more openly rebelled against the system. All the villas had special side rooms for punishment and there were punishment villas in the men, women and children’s section of the colony.

” If you got caught doing summat to a girl they used to lock you up in a sideroom. They used to run away some of them and they had to bring ’em back and put ’em in a sideroom. And scrubbing – used to have shorts on. Same wi’ girls. They used to do same on the female side. We used to go round and see girls just in their knickers scrubbing floors. Villa 8 used to be their locking up villa. Locked up in side rooms without no clothes on”

” You know if you did something wrong we had to be in us nighties all day and be punished. Couldn’t go out anywhere, couldn’t have your visitors to see you. If you were bursting to go somewhere and you wet yourself, you know like with me, you got punished, Say you were in a wheelchair and you couldn’t talk to tell them, you still got punished!”

There was an active Guide Company, and a Scout Troop with a drum and bugle band which gave displays and led the local Methodist

All patients were certified. Mental testing was done by the Superintendent and his Deputy. The Board of Control paid an annual visit. The hospital
always received a satisfactory report.

Most villas accommodated 50 or more patients. Three meals were provided each day, food for these
being collected from the kitchen.

“I didn’t like it (food) and we used to grumble and groan. But if we didn’t eat it for us tea, they’d save it for your supper. You had to eat it and eat it and eat it till it were gone! We daren’t leave anything, them days. We daren’t even say to staff, ” I don’t want this. ” You daren’t be rude!”

Male patients had to be in bed for 8.00 p.m. The nurses cut patient’s
hair. Epileptic patients had weekly enemas; many wore protective headgear. A weekly dose of white
medicine was given on Sunday evenings. Paraldehyde draught was used as a sedative.