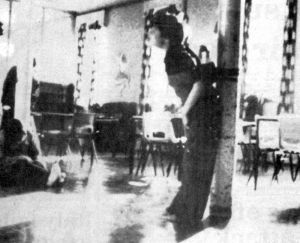 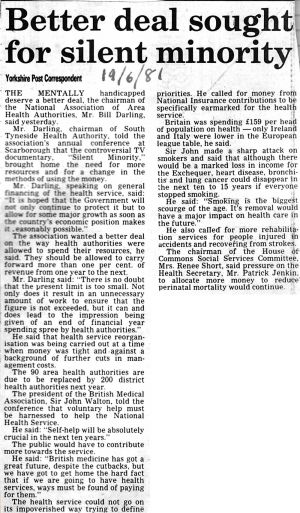 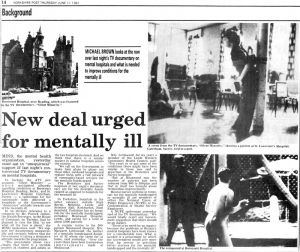 In 1974, the hospital came to public attention with the publication of the book Tongue Tied by Joseph (‘Joey’) John Deacon who had been a patient at the hospital since the age of eight in 1928. This was followed by the TV documentary Silent Minority in which the hospital featured in an unfavourable light.

The documentary brought out strong feelings at the time given the content which in one scene shows a child tied to a pole in a ward.