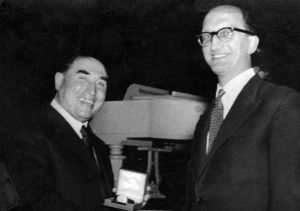 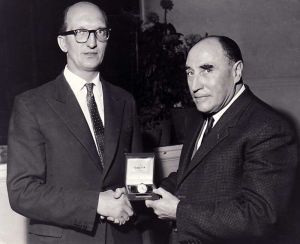 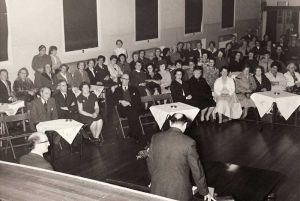 Dr. Alexander. Wilson was the first Medical Superintendent at Meanwood Park Hospital from 1939 to 1962.

In 1962 Dr. A.H. Wilson retired after 23 years of Medical Superintendent. To mark this occasion a dinner was held at the hospital where he was presented with a transistor radio by the Management Committee and a gold wristlet watch from the hospital staff. A special cake was baked and decorated with icing in the form of the coat of arms of Dr. Wilson’s alma mater, Aberdeen University.

Alex (as he was invariably called by his intimates) was obviously deeply moved by the affection which radiated from a hall of colleagues who attended to do him honour.

To mark further this superlative record of service, tributes were paid in the Bulletin (June 1978) and the British Journal of Psychiatry (June 1978), which, incidentally, lists his important individual publications. In addition he edited important RMPA and College publications, namely,

Three volumes of Recent Progress in Psychiatry (the last in 1959);

Two volumes with A. Coppen on Recent Developments and with D. J. West, DanielMcNaughton (1977).